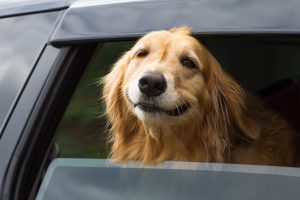 In dogs, as in people, true aging processes are progressive and irreversible. Dogs reaching the final one-third of their life span undergo many physical and metabolic changes that may cause them discomfort and/or change their behavior. For example: sight, hearing, taste and smell are often diminished. Metabolism slows contributing to obesity. The immune system becomes less effective leaving them vulnerable to viral and bacterial infections. Muscle and bone mass declines and arthritis may effect the joints. There is also increased risk of cardiovascular disease, cancer, endocrine, kidney and liver disorders. Additionally the brain undergoes a series of changes that can result in cognitive decline.

Cognitive dysfunction syndrome (CDS) is the age-related deterioration of cognitive abilities characterized by behavioral changes in pets that cannot wholly be attributed to general medical conditions such as cancer, infection or organ failure. CDS is not "normal aging". Simply put, CDS is caused by physical and chemical changes that affect the brain function in older pets. CDS involves a gradual decline of cognitive abilities sufficient to produce functional disability in the home and/or as a family member.

Signs of CDS include:

In cats, behavioral changes of housesoiling, intraspecies aggression, aggression towards people, excessive vocalization, restlessness and over grooming or decreased grooming may be seen. Disorientation, fearful or hiding, some are more "clingy" to owners has also been noted.

Some owners do not readily recognize these signs and often attribute them to "just getting old". Often the signs may be subtle. Others may feel that these signs seem to come on "all of the sudden". Remember, your pet ages more quickly than you. In terms of their life span, 3-6 months is equivalent to 3-6 years, a lot of changes can occur in this time. In a pet owner study, nearly half of all dogs 8 years of age and older showed at least one sign of CDS. Because older pets may also develop other medical conditions that have behavioral components, CDS can only be diagnosed after other medical conditions have been ruled out.

The first step in diagnosing CDS is recognizing the signs. If you note any of the above mentioned signs, the next step is to make an appointment with your veterinarian. A thorough history, physical and neurological examination in addition to laboratory tests are necessary to make a diagnosis of CDS.

There are medications available that may help slow the progression of CDS, however early diagnosis is important. It is this veterinarian's experience that most of the medications used in treatment of CDS have better success rate when begun early in the progression of CDS. One commonly prescribed medication for CDS is Anipryl. Studies have shown that 69-75% of most dogs showed signs of improvement after one months use of the medication, occasionally it may require 2-3 months before other show any improvement. For more information on Anipryl go to www.cdsindogs.com

There are also dietary supplements that may be useful such as Omega Fatty Acids, Senilife and Novifit (www.virbacvet.com/virbac_behavior/product/novifit/). A senior diet, such as Science Diet's B/D food, is supplemented with Omega Fatty Acids, Vitamin C & E, beta carotine, selenium, flavonoids and carotenoids is often helpful. It has been shown that in some pets, diet changes alone can offer improved performance on a number of cognitive tasks when compared to older pets on a non-supplemented diet, beginning as early as 2-8 weeks after the onset of the diet therapy. Before beginning any dietary neutricuticals, please be sure you talk to your veterinarian. Some dietary supplements can be detrimental to your pets health.

Environmental enrichment is also helpful. Just because they?re old doesn't mean your dogs can?t learn new things. Use their intelligence to improve the quality of their lives. If your old dog?s vision is still good, teach signals. This will serve as a back-up if hearing fails, which it often does. Signals are fun for dogs and are a more natural language for them than words.
Grooming (touch) will help your dog cope with vision and hearing loss. Your touch will help guide your dog.

In a laboratory study of older dogs over a 2-year period, environmental enrichment (e.g., housing with another dog, playing daily with toys) was shown to be effective tool for task learning. In fact, the combined effect of a special diet and enriched environment provided the greatest improvement in learning ability when compared to the dogs who did not have either dietary or environmental enrichment.

Again, early implementation of therapeutic measures is important to the degree of usefulness you and your pet may observe. In other words, be vigilant to your pet's body and mental changes as they age. Share your observations with your veterinarian. Semi-annual physical examinations should be included in your veterinary health program for your pet. Remember your pet ages faster than you do, a lot of changes can occur in 3-6 months. You and your veterinarian cannot stop the hands of time, but with early intervention, you may be able to slow it down and help your pet live it's "golden years" with greater quality of life. Contact your veterinarian today. Old age is a condition not a disease.
Font Resize
Contrast